Most places celebrate the Feast of the Epiphany on January 6.

Are there any local, traditional drinks that exist that people have as a way celebrating this feast in a local and traditional manner?

Update: I am limiting this question to wines.

According to the wiki that you linked:

The earliest reference to Epiphany as a Christian feast was in A.D. 361, by Ammianus Marcellinus.

So, it would be pertinent to drink wines made from Italian grapes since the feast was held within the time of the Roman Empire.

More particularly, you might pick a grape variety from a list of ancient grapes from which the Romans, themselves, would have made wine.

Not that it's entirely pertinent to the Feast of Epiphany, but it is apt to say here that, you might purchase your wine here: https://www.epiphanywineco.com/ :)

As far as my quick and limited research has gone, there really isn't an 'official' wine of the feast - not really a Christian concept to have "official alcoholic beverages," imho.

As far as local traditions, the wiki you linked covers the traditions of the feast internationally but again, alcohol consumption doesn't really ever seem to be the focus...

Also, let's not forget that the Roman's would have had beer at this feast...

It is wine you want perhaps try a Magi Wine 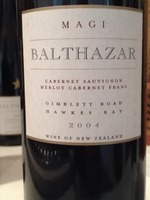 Balthazar says it all!

4
What is the definition of Beer or the Beer "family" of drinks
7
Do Bartenders ever make their own inventive drinks for the Christmas holidays in bars?
3
Traditional drinks for St Patrick's Day?
6
Do Easter Beers exist?
2
Other than beer are there any fictional drinks that eventually became real?
1
What cocktails are named, created or in some other sense may be used by Catholics to celebrate their liturgical year?
3
Contradicting sayings about the order of drinking alcoholic beverages
1
Why is it every time I try an old expensive wine it's doesn't compare to a 25-35$ two year old wine I buy?
1
Traditional drinks mentioned in well known literature from 1900 or earlier?