I would like the other beer enthusiasts to suggest some new ales for me to try. I enjoy all Bath Ales and Box Steam Brewery; I'm more a fan of a bitter and less so of pale ales.

Can you advise of any brands of a similar or superior quality I might try? (In the South West of the UK). The cheaper end of the scale (Spitfire, speckled hen) doesn't interest me.

Many thanks in advance.

If you're in the South West, then it's definitely worth checking out Otter Brewery (a really good range with a cracking bitter). Also Abbey Ales are the only ales actually brewed in Bath, not to say that Bath Ales aren't great, but this is real Bath ale! Depending how far SW you go, Exeter Brewery's Avocet Ale is a nice drop that you can have a really good session with. Hope this helps!

If you're really willing to push your own limits, try The Wild's sour/wild beers. I became aware of them last year completely by accident, in a trip to UK, and loved their Modus Operandi beer. I also had another very light pale sour wich wasn't remarkable compared to the first one, but fairly ok. (I guess it probably should have had more time in the bottle to develop and reach its full potential).

Sours beers are not for everyone, and the common first reaction to them is negative. But, if one get over that first shocking experience, go on and try it again, people usually fall in love with it.

They are called Wild because they use in their fermentation process, in addition to possible other yeasts, brettanomyces yeast, also known as wild yeast, a different species, found in some kinds of wine and belgians beers (lambics, flanders red), which gives very rustic but complex and delightful aromas to the beer. It doesn't actually makes a beer sour (it actually produces a very small amount of acid only), but "wild" beers usually have other types of what is called bugs (bacteria and other fungi) in it, which does leave a lot of acid to the final beer, making it sour.

They also have regular beers (IPA, Saison, Pale Ale), and they're almost always creative and daring on their recipes. I guess, whether you like it or not, all their beers are worth a try, because those guys seem to take brewing very seriously and you can expect nothing less than quality stuff.

I wish I was still there to taste all their beers.

And a bonus: they're from Evercreech, soutwest. ;) Look it up at their site and see what they've got.

Have you tried Wickwar Brewery? If you like darker beers, the Station Porter is one of the best I have ever tasted. It's got a great brewery shop and well worth a visit.

Not a great answer since I have no specifics for you. Going out to local bars and stores selling beer and shopping around can find you stuff, but it's expensive. Though if you're lucky someone might be at one of these places to help you.

Another avenue might be to use something like beeradvocate.com, ratebeer.com or untappd.com to get recommendations based on how you rate beers you've had but these are only as good as other user's ratings... They may miss a lot of small or new brands and might not necessarily recommend beers you can actually find near you.

I am pleased to add a pint that I enjoyed particularly: Firefly Bitter is an excellent 3.7% amber ale produced by Hanlons Brewery in the county of Devon. 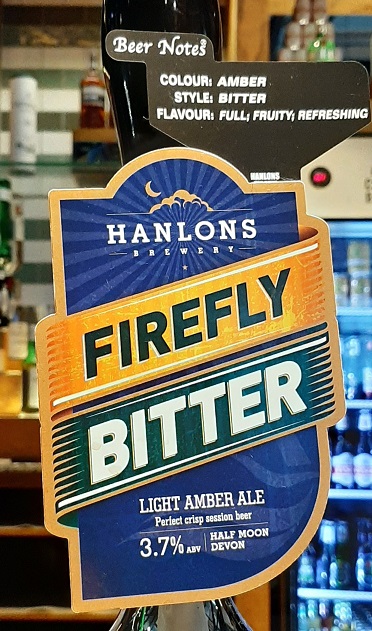 Further, why not to try those of St. Austell from Cornwall?

Not the answer you're looking for? Browse other questions tagged breweries local ale or ask your own question.

41
What is the difference between an ale and a lager?
8
Difference between Ale and Bitter
15
What constitutes a Pale Ale?
10
Does real ale make you fart more than lager?
4
Does drinking mainstream, mass-produced lagers give you a worse hangover than real ale?
5
Craft Beer vs Real Ale
8
West coast beer recommendations, please!
6
is “Capilano Pale Ale” still being produced and is it possible to get it in the States?
6
Are there any bottled South Korean craft beers?