Recommendation for a Sasquatch Day barbecue?

Group of hunting buddies here in BC, are planning have a Sasquatch Day barbecue on October 20!

October 20 is the anniversary of the alleged Patterson–Gimlin film of a real Bigfoot. Hoping to start a new tradition in this neck of the woods!

The footage was shot in 1967 in Northern California, and has since been subjected to many attempts to authenticate or debunk it.

The footage was filmed alongside Bluff Creek, a tributary of the Klamath River, about 25 logging-road miles (40 km) northwest of Orleans, California, in Del Norte County on the Six Rivers National Forest. The film site is roughly 38 miles (60 km) south of Oregon and 18 miles (30 km) east of the Pacific Ocean. For decades, the exact location of the site was lost, primarily because of re-growth of foliage in the streambed after the flood of 1964. It was rediscovered in 2011. It is just south of a north-running segment of the creek informally known as "the bowling alley". 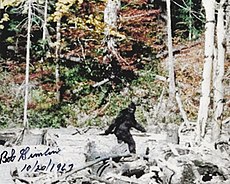 With the onset of the Covid-19 pandemic, Bigfoot became a part of many North American social distancing promotion campaigns, with the creature being referred to as the "Social Distancing Champion" and as the subject of various internet memes related to the pandemic.

We are cooking up our own version of monster burgers.

Would anyone be able to make a recommendation of what would go well with a Sasquatch Day themed drinks for our barbecue (beer and other drinks ideas are very welcome).

A beer that should be relatively easy to find across the United States (and hopefully Canada!) would be Sierra Nevada's Bigfoot Ale. Certainly on target but likely much harder to find outside of Portland, Oregon would by anything by Sasquatch Brewing.

For cocktail fans, while I don't see anything specifically Sasquatch themed, some of the recipes for cocktails involving Monster Energy Drink might fit the bill.

Other (non-themed) pairings would be any decent Chianti Classico or Syrah.

How about trying Sasquatch Stout

For the best experience, pair our Sasquatch Stout with: 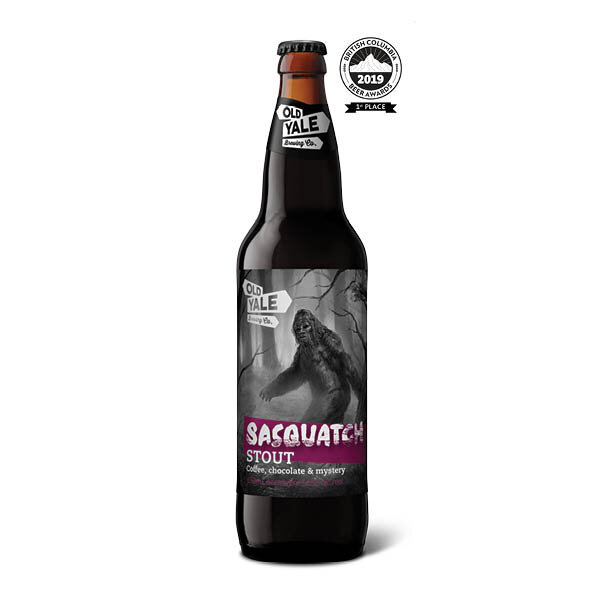 Kokanee beer labels shows a man or Sasquatch standing on top of one of the peaks. The entity is not in the pictures on Kokanee's box packaging. He appears only on the cans or bottles themselves, and is located in one of five various spots on bottles, and in different positions on different cans. This mysterious image appears on 5 out of the 6 different marketing labels.

Not the answer you're looking for? Browse other questions tagged wine recommendations pairing cocktails drink or ask your own question.