The style of whiskies produced in England?

An English relative sent me a map of distilleries based in England today, which I'd never thought of before. Of course Scotch can only be made in Scotland, which begs the question of what these English distilleries are doing. Do they try to mimic the style of Scotch, generally, or something else? 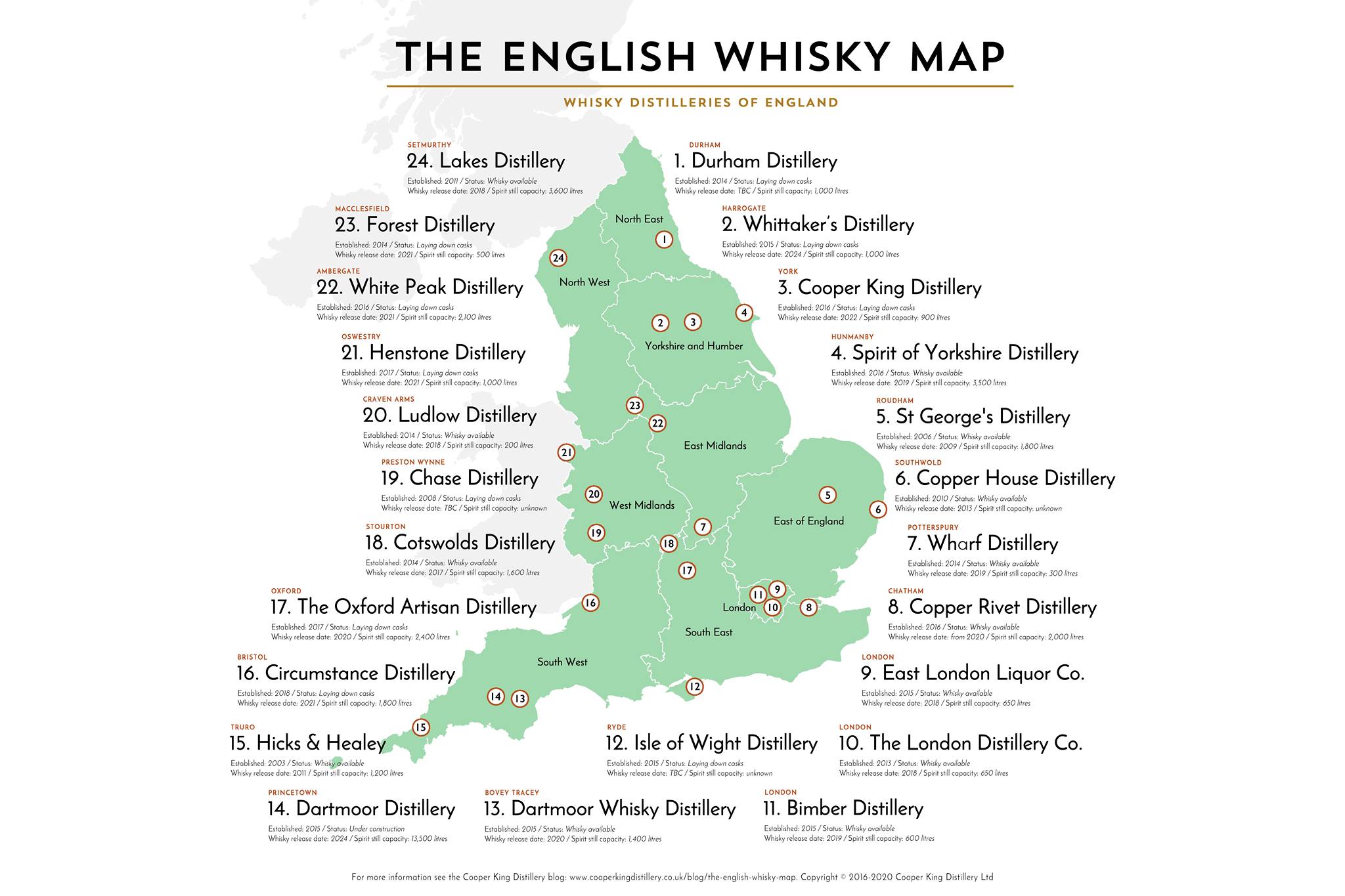 Generally, they make something that doesn't resemble Scotch Whisky. There are many styles and types of whisky, or whiskey with an 'e', and it's made all around the world. There are distinct and famous styles from Ireland, Japan, and the United States. Sullivan's Cove from Australia, Mackmyra from Sweden, and Kavalan from Taiwan have all made award winning whiskys. There are at least 4 whisky distilleries in Toronto, Canada alone.

Not every whisky made in Scotland can even technically be called a Scotch, there are regulations that Scotch follows and some distillers will step outside of those bounds for creative reasons. Scotch regions are also individually recognized for their unique styles.

Often in areas where there is no strong history of whisky, each distillery will kind of do their own thing because the drinkers of the region don't have strong expectations of what the whiskey should be. This is especially true in today's global economy, consumers have tasted bottles from all over the world so there is no accepted standard in new markets. The distillers will borrow ideas from regions that do have a strong tradition, mostly they just try to make something that tastes good. So even though Japanese whisky, for example, was borne essentially directly from Scotch in the 60's, there are strong differences between them. Some of this is because whisky highballs are super popular in Japan, and whiskys will be blended with this in mind. Some of this is for technical reasons, different altitudes make for different distillation temperatures.

In conclusion, they different... probably.

Not the answer you're looking for? Browse other questions tagged whisky or ask your own question.

3
How are double and triple casks whiskies matured?
4
Can a liquor be both a vodka and whisky? What's the difference?
1
Which single malt Scotches have improved over the last 20 years?