Almost every beverage bottle I have come across has it's contents' volume specified in either liters or milliliters. That is except for wine bottles which are more often than not designated in centiliters. For example: 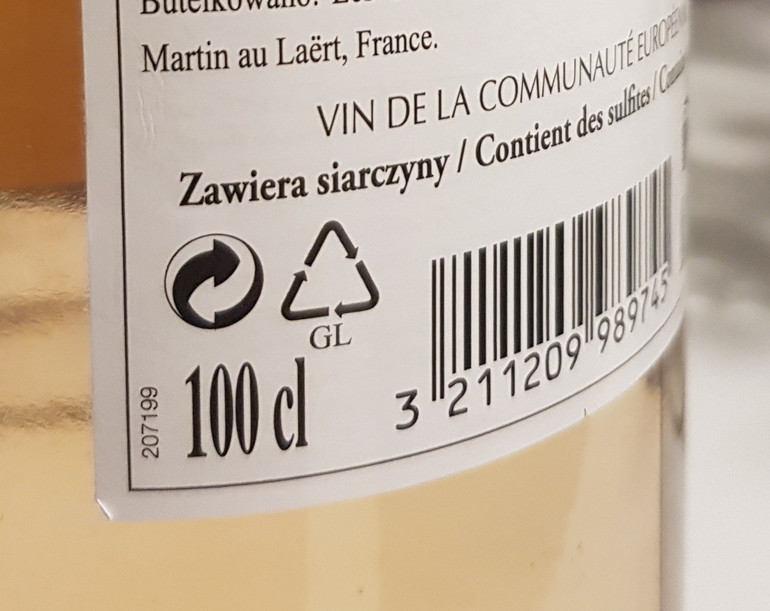 Milliliters or liters are far more popular than centiliters in the countries using SI units. Why use centiliters then, especially for something as simple as 1 liter in the example? Has it some historic background?

Part of the answer is in the marketing system used in a particular country or region and part of it would be about the size of bottle being purchased.

In Canada and the USA, in a standard bottle of wine, there are 750 millilitres (ml), 75 centilitres (cl) or 0.75 litres (l). Wine bottles aren't quite litre-size, but the average wine bottle will contain 750ml of wine.

I see only 750ml bottles in the area where I live. I am fine with that. A bottle of wine marketed as 0.75 liters seems less appealing than wine sold in a bottle marketed as 750ml. And one marketed with a 75cl label seems less traditional in this neck of the world and may not sell as good as one sold with 750ml marked on the label. It is sold in a more positive light so to speak. It is all marketing.

I am sure there are other reasons, but take a look at Difford's Guide to mandatory bottle sizes around the world. It is an eye opener to say the least.

However there is more to the Subject:

When glass bottles become popular though, it is surprising to see that both continental Europe and Great Britain had glass containers of a similar size. The British had an official glass-container size of a fifth of their Imperial (UK) Gallon at around 900ml, while other Europeans' bottles gravitated around 700ml to 800ml. The US officially adopted the 750ml bottle as a standard in 1979, as a metric equivalent to the fifth of a US Gallon (757ml). - Standard Bottle

I looked through my collection of wine labels (about 50 from around the globe) - many of them are 0,75l, many are 75cl and some are 750ml. I couldn't determine any dependence of volume unit on country or region or type of the wine.

Copied from: Why is 75cl the standard wine bottle size?

The volume of 75cl was standardized in the 19th century. At that time, the biggest clients for the French wines were the British.

The close neighbors do not use the metric system and used to order wine in “imperial gallon”. One gallon is about 4.546 liters.

Barrels were used to transport wine at that time. One barrel is 50 gallons, about 225 liters. A real nightmare for conversion! So to ease the calculation, the wine makers from Bordeaux decided that 1 barrel would be 300 bottles of wine instead of 225.

Do the math and you’ll find that it makes a bottle at 75cl! One gallon is 6 bottles, and since then, that’s the reason why we still order wine in packs of 6 or 12 bottles.

7
Is there any proof that a $1,000 bottle of wine is a good wine?
6
How can I improve the flavor of a cheap bottle of sparkling wine?
4
Sparkling wine from Spain, is it Cava or not?
0
Bottle conditioning: What good things can aging to do a wine?
3
I buy a bottle of wine from a supermaket - can you tell where it's come from?
1
Why is this wine so expensive?
3
How to open a bottle of wine without a corkscrew?
2
Why would wine sellers need to broach the cask?
4
Why is non-vintage wine so poplar in sparkling wine but not in still wine?