What liqueurs can be paired with a particular movie?

I enjoy watching movies with friends as a group and was hoping that some of you could possibly come up with a recommendation and pairing of a liqueur or two with a particular movie?

Most Hollywood blockbusters are well paired with beer. For example boxing scenes from Rocky fit Budweiser.
Hollywood classic may differ. In my opinion, Gone With The Wind requires Bourbon, and My Fair Lady is all about Campaign. Forrest Gump should fit Dr. Pepper but you can improve the drink with Bourbon or Whiskey. And of course Zorro must go with Tequila. Jesus Christ Superstar best fit to red wine and dry bread as a snack ("This is my blood and this is my body. Remember this every time you eat and drink.")
Some movies do not match a single drink. For example, National Lampoon European Vacation require Scotch for British episode, cheap red wine for French, Bavarian beer for German, and Cinzano for Italian.
And never forget pickle juice for the next morning. ;)

I am going to make the following recommendation for the "Harry Potter" series.

Mandrágora Liqueur from the Basque region of Spain.

This liqueur from Navarra (in Spain) contains mandrake extract – a plant whose medicinal properties are the subject of many myths and legends. Alkaloid, an active component contained in the plant, can supposedly initiate hallucinatory experiences.

The legend goes that a mandrake elixir was consumed by witches who were learning how to fly. Mandrake is also a key ingredient in many of the magical elixirs present in the famous “Harry Potter” series.

In Harry Potter, as well as in other more traditional myths, mandrake root is portrayed with human characteristics since the root itself is said to resemble a human body. 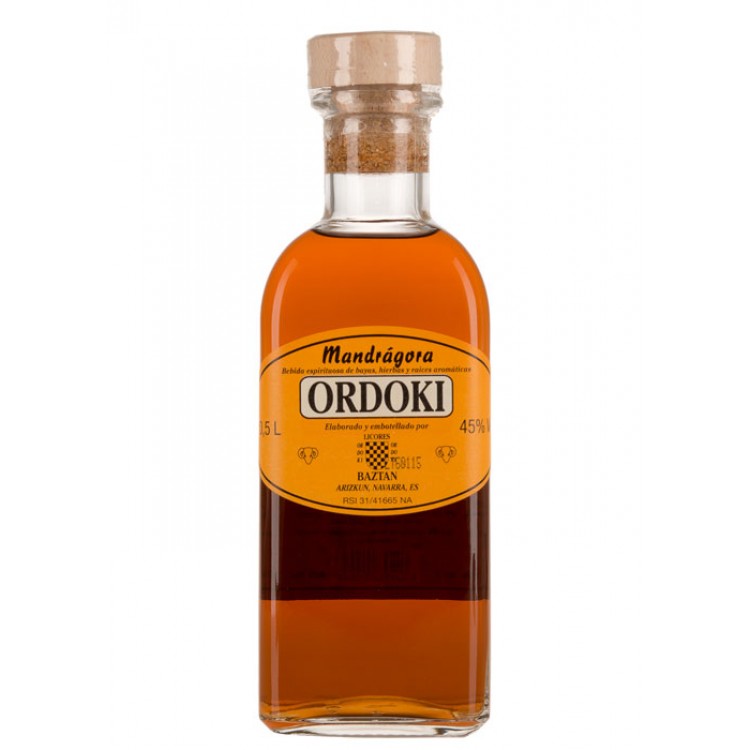 Not the answer you're looking for? Browse other questions tagged recommendations pairing liqueur or ask your own question.

6
Whiskey and beer recommendations for boilermaker cocktail?
8
What cocktail could be paired with French cheese?
6
What can be substituted for whiskey with Haggis?
5
Commemorative wines for a particular movie?
2
What drinks can be paired to a particular legend or myth?
4
What soft drinks mix well with alcohol to make a great drink?
5
Wine Recommendation for Soupe au Vin?
6
What's the difference between Amaretto and Crème de Noyaux?
1
Recommendation for a Sasquatch Day barbecue?