Other than the USA, do any other countries have dry counties?

Other than the USA, do any other countries have dry counties?

I understand that the term county may not exist in some counties, so one can adopt a different term that may be better suited for a particular countries.

What is a dry county?

A dry county is a county in the United States whose government forbids the sale of any kind of alcoholic beverages. Some prohibit off-premises sale, some prohibit on-premises sale, and some prohibit both. Hundreds of dry counties exist across the United States, a majority of them in the South. A number of smaller jurisdictions also exist, such as cities, towns, and townships, which prohibit the sale of alcoholic beverages. These are known as dry cities, dry towns, or dry townships. 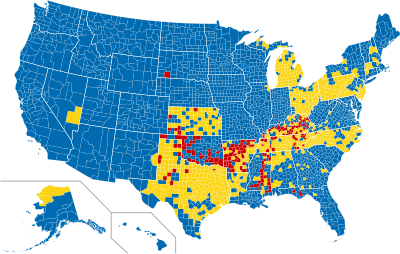 Yes. Currently the list of Countries that have prohibition (and their counties) are:

Most of these are in Muslim-majority countries while India only prohibits alcohol in some states and their residing counties.

I am interchanging county and country because not all countries that have counties or states that have been divided into counties.

Not the answer you're looking for? Browse other questions tagged prohibition or ask your own question.