Why would some prefer to put salt in their beer?

Are there any traditional or historic reason(s) why people would put salt in their beer when drinking it or would simply prefer to drink a salted beer such as Gose? 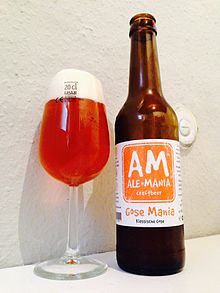 The same reason people put salt on their food. It enhances the flavor of the beer.

The extra salt has other effects as well though, outside of simply making things more salty. Particularly, adding salt to foods helps certain molecules in those foods more easily release into the air, thus helping the aroma of the food, which is important in our perception of taste.

Is there a real reason for putting salt in beer?

Putting salt in beer stems from a few philosophies - all of which seem to have had a purpose at one time or another.

· An old wives' tale said that putting a sprinkle of salt in your beer would stave off cramping during hard work. Dehydration can cause cramping of the muscles, because of the depletion of minerals in the body. Adding salt to the beer would make the worker thirsty, and thus he would drink more beer to relieve the dehydration.

· Others add salt to beer for flavor purposes; post-prohibition (1933) beer had turned into somewhat of an ugly being. Breweries had to cut costs and started to use cheaper ingredients like rice and corn, which made for a nearly flavorless beer. These beers are still around, though most people have become accustomed to flavorless beer and so have no need for the salt. Many South and Central American beer drinkers will add salt and sometimes hot sauce and/or lemon, for flavor, or to mask off flavor in beer.

Here is what bartenders have heard their patrons say why they use/like beer salt:

Why is it that people need Beer Salt?

Here are some examples of Gose Beer: Why Gose Is The Only Beer You Should Be Drinking This Summer.

A similar question was asked on our Seasoned Advice SE site: Why did my grandfather-in-law salt his beer?

Putting Salt in Beer before consumption leads to formation of bubbles and foam which we see while pouring fresh beer out of the can or bottle.

TanayTanay
1111 bronze badge
Add a comment  |
-2
Want to improve this post? Provide detailed answers to this question, including citations and an explanation of why your answer is correct. Answers without enough detail may be edited or deleted.

I've read that beer is mostly water and that drinking too much floods your system with water and depletes your sodium,etc. My theory is that while it is flavorful it also can help stave off hangover effects?

Not the answer you're looking for? Browse other questions tagged taste specialty-beers or ask your own question.

67
Do different beer glass shapes really make a difference in taste?
6
The effect of freezing on beer taste
21
Are there any beer styles that are served flat?
4
Craft Beer vs Real Ale
8
Why cork a beer?
6
Do Easter Beers exist?
1
Would it be sexist for a beer shop to have a “selection of beer for women”?
1
What's the point of drinking light booze?
0
Is the country of origin for a beer always the same as the brewers country of origin?
2
Why do some people put olives in their beer?