What does “all malt” mean?

Pork Slap beer indicates that it's "all malt" in the way that implies an official distinction. What does "all malt" indicate, assuming there's a standard requirement to use the term accurately. 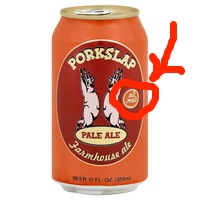 All malt beer is made entirely from mashed barley malt and without the addition of adjuncts, sugars or additional fermentables.

From an expert of a widely known brand beer producer in my country (Turkey), beers here must be at least 60% malt (This may be different in other countries). The rest are adjuncts, like sugar or corn or rice etc. Using adjuncts is also for decreasing the cost or to lighten the color of beer.

Aroma: Little to no malt aroma, although it can be grainy, sweet or corn-like if present. Hop aroma may range from none to a light, spicy or floral hop presence. Low levels of yeast character (green apples, DMS, or fruitiness) are optional but acceptable. No diacetyl.

Flavor: Crisp and dry flavor with some low levels of grainy or corn-like sweetness. Hop flavor ranges from none to low levels. Hop bitterness at low to medium-low level. Balance may vary from slightly malty to slightly bitter, but is relatively close to even. High levels of carbonation may provide a slight acidity or dry "sting." No diacetyl. No fruitiness.

Mouthfeel: Light body from use of a high percentage of adjuncts such as rice or corn. Very highly carbonated with slight carbonic bite on the tongue.

Comments: Strong flavors are a fault. An international style including the standard mass-market lager from most countries.

Ingredients: Two- or six-row barley with high percentage (up to 40%) of rice or corn as adjuncts.

Some beers bill themselves as a "Pale Ale", like Rolling Rock also use adjuncts, like rice. This notation is designed to set them apart from those other beers. It should be noted that the BJCP guidelines for a Pale Ale are:

Aroma: Usually moderate to strong hop aroma from dry hopping or late kettle additions of American hop varieties. A citrusy hop character is very common, but not required. Low to moderate maltiness supports the hop presentation, and may optionally show small amounts of specialty malt character (bready, toasty, biscuity). Fruity esters vary from moderate to none. No diacetyl. Dry hopping (if used) may add grassy notes, although this character should not be excessive.

Flavor: Usually a moderate to high hop flavor, often showing a citrusy American hop character (although other hop varieties may be used). Low to moderately high clean malt character supports the hop presentation, and may optionally show small amounts of specialty malt character (bready, toasty, biscuity). The balance is typically towards the late hops and bitterness, but the malt presence can be substantial. Caramel flavors are usually restrained or absent. Fruity esters can be moderate to none. Moderate to high hop bitterness with a medium to dry finish. Hop flavor and bitterness often lingers into the finish. No diacetyl. Dry hopping (if used) may add grassy notes, although this character should not be excessive.

Overall Impression: Refreshing and hoppy, yet with sufficient supporting malt.

Ingredients: Pale ale malt, typically American two-row. American hops, often but not always ones with a citrusy character. American ale yeast. Water can vary in sulfate content, but carbonate content should be relatively low. Specialty grains may add character and complexity, but generally make up a relatively small portion of the grist. Grains that add malt flavor and richness, light sweetness, and toasty or bready notes are often used (along with late hops) to differentiate brands.

The only fermentable sugars are from malt, 2 row North American barley and English crystal malt in the case of this beer. So as others have stated no adjuncts are added. This beer does add ginger for flavoring

Not the answer you're looking for? Browse other questions tagged terminology or ask your own question.

20
What is 'skunking'?
16
What is a draft beer?
5
What units are used to measure beer by volume?
11
How can canned beer be draft without the widget? (Japan-specific)
5
What is the definition of Beer or the Beer “family” of drinks
8
What characteristics does Becks have, and what are similar beers?
12
What does “fl. oz” mean?
5
Is there a common name for a “craft” beer brewed by a major brewery?
6
Ordering a Drink in Non-Traditional Glassware