Is there a peatiness scale for whiskies

I am a big fan of the peatier Scotch whiskies, such as Octomore, Lagavulin, Laphroaig and Talisker, but aside from describing them as "really peaty" or "wow, so much smoke" it can be incredibly difficult to describe a particular whisky to someone who hasn't drunk it.

There is a way peatiness or smokiness is measured scientifically: the phenol count in parts per million (PPM) however this isn't as useful as it sounds, as different phenols taste and smell different. Using the phenol measurement you can chart some examples as follows:

Of more use is a chart such as this one from malts.com, which gives a simple way to visualise where a particular whisky sits, and the distance between that whisky and others the drinker may have tried previously. 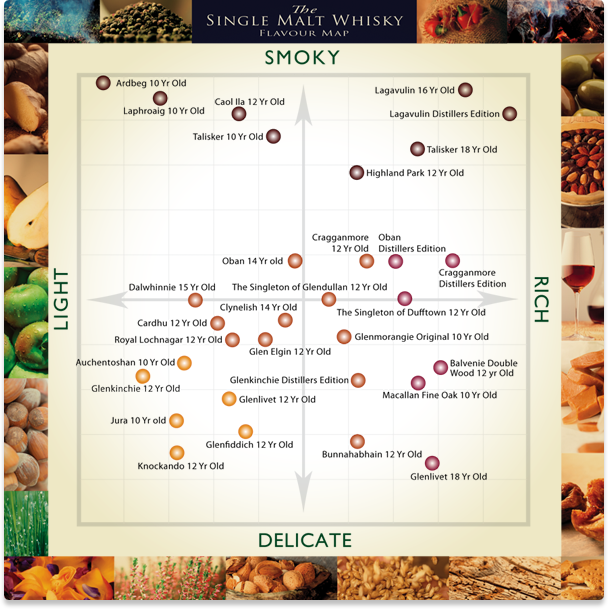 Or this one in the Scotch Whisky Experience in Edinburgh: 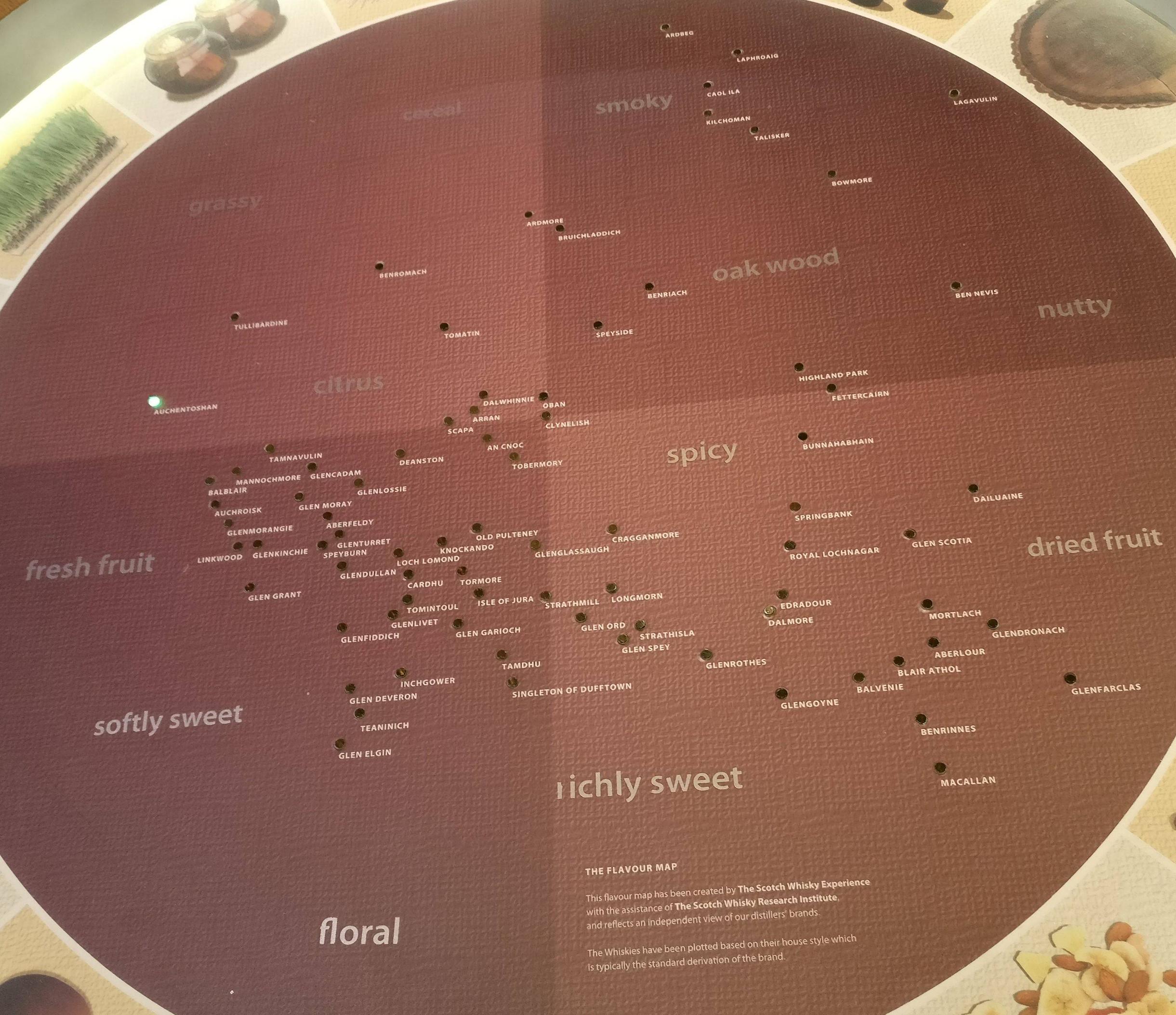 (Look at how high Talisker sits on the charts, compared with its position on the phenol measurement...)

The problem is, even if there were an objective measure of "smokeiness", there are different sorts of smoke tastes.

Usually TCP ("phenol") content is the numeric measure of how smokey a given Scotch is, ranging from 0 pmm or close to it, up to around 170 pmm (Octomore).

However, there are a number of problems with that measurement being used. The biggest is that TCP only measures a specific component of smoke flavor, and in fact one of somewhat less importance. TCP is responsible for the sharp, chemical smoke flavor. However, polycyclic aromatics are responsible for the majority of "smoke" flavor. In fact, many fuels, such as wood, create relatively low proportions of TCP compared to peat. As such, it is more of a ballpark figure, and even then only if you are discussing alcohols smoked with the same fuels.

Because of those different compounds, the actual nature of smoke flavors vary wildly depending on the fuel and its origin, not just how much of it is used. Here are some examples of how I would classify the smoke flavor of various alcohols:

As implied by the terminology I chose, it can be difficult to separate the smoke taste from the other tastes involved. There is even disagreement as to what constitutes "smoke"/"peatiness" - are "iodine" and/or "phenol" part of it, or entirely separate? If they are separate, can people reasonably separate them in tasting?

I am skeptical how useful a number could possibly be with the wide variety of smoke flavors to discuss. It's not just that the number would amalgamate many distinct flavors, it's also that different people are differently sensitive to the varying flavor compounds and might find the numbers ill-represent their actual experience because of that.

As such, any number you might come up with is going to have a wide margin of error, since no one is going to agree on how "smokey" a given alcohol is.

It is of course theoretically possible to generate a number based on analysis of many different flavor compounds. However, that has not been done, and likely will not be. Even if it was, people would still have differing sensitivities. The closest you are likely to get is TCP ppm measurements and arbitrary numbers offered by reviewers.

6
Whiskey and beer recommendations for boilermaker cocktail?
13
How to select upper-tier whiskies without trying them first?
6
What can be substituted for whiskey with Haggis?
3
Are there any vodka cocktail recipes for someone who likes whisky/scotch?
6
Are there broad stylistic differences between Scotch and Irish whiskey?
3
Are there any Whiskey better for cocktails?
3
Will Adding Wood Chips meant for smoking to whiskey add bad flavor
5
Is there any good local gin or whiskey produced in South Korea?
3
How are double and triple casks whiskies matured?