Does aging in oak barrels add the same compounds to beer as it does to wine?

If I remember correctly, aging wine in barrels is known to promote aeration and add phenols from the wood into the mix.

Does the wood react any differently to produce any flavors unique to beer? Is the aeration beneficial for flavor? 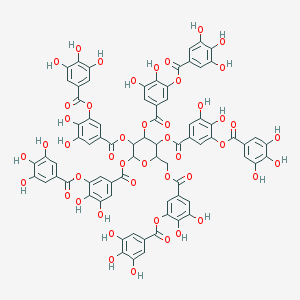 Tannins, the chemicals that are transferred from the oak barrels to the wine, are extremely good at forming hydrogen bonds (just look at the structure!), which makes them very soluble in water. Considering that both beer and wine have no shortage of water in them, these molecules are quite willing to join either substance.

As for the aeration, I believe that may actually be an undesirable consequence of using the barrels for beer. However I can't imagine the effects being very profound unless you were aging the beer like you would with wine (months or years versus weeks).

Beer barrel-aging is a complex topic, and there's more than one reason for doing it.

It has become a common practice in the american industry to age strong beers in barrels (mostly ex-bourbon oak barrels, but no only), to mellow it and add another layer of flavors (almost the same thing that happens with whisky). It's very common with Imperial Stouts, for example, which is one of the styles that goes best with this kind of practice. Generally, boozy and dark beers are more suitable for this, but not only (people age belgian tripels, for example, which, while being sometimes boozy, aren't roasty at all).

So, talking about oak, you get that vanilla, coconut, sherry flavors, sometimes some smoke from the barrel's inside toast, and things like that. Boozines is softened as well (mellowed). Off course, inside the barrel, a lot of complex reactions occurs, and I don't know how it can be compared with wine chemically, but, along with other compounds, tannins are incorporated to the beer, altough it doesn't always appear so much in the final product like in wines. It all depends on a series of factors, including the amount of time the liquid spends in the barrel.

Besides it, some aeration and in consequence oxidation does occur, but that's not the main purpose in that "type" of aging. Flavors of the original barrel's content may be picked as well, in higher or lower levels.

Another main use of barrels in the beer industry is for production of wild/sour beers, in that case, the micro-aeration being a main desired factor. When people want to sour their beers and/or develop wild characteristics in it, they use different organisms after the primary fermentation. In order to sour it they use bacteria and for the rustic (wild) flavors they use another kind of yeast called brettanomyces in a further step of fermentation/maturation, in which oxygen presence is fundamental, but a slow pace is mandatory as well to avoid an overgrowth of the organisms and a possible "spoilage" of the beer. So, the barrel is a perfect place for this process to take place, because wood allows the oxygen to get in very slowly. Besides it, the barrel itself becomes a colony house for all those bugs (as brewers call those wild microorganisms), so you may not even need to pitch any yeast/bacteria after some time anymore. Off course, the wood alone impairs some flavors to the beer as well. You end up with a very, very complex product.

These days, people are doing all kinds of crazy experiments you can think of, and there's no mandatory rule when using barrels. It all depends on what result you want to achieve and real-world experience as well. There's a lot of methods, and every one is still figuring it out.

Not the answer you're looking for? Browse other questions tagged aging or ask your own question.