What is a good beer for starters, or people who don't typically enjoy the taste of beer?

Asking as a beer lover, my roommate does not enjoy most beers, nor does my fiancé. I have nobody to share my enjoyment and taste testing with. What is a good beer that I can get them started out on to maybe get them to eventually appreciate the taste of beer?

They enjoy sweeter flavors, whereas I enjoy more bitter flavors.

My roommate recently started drinking Angry Orchards and will occasionally drink a Blue Moon Cinnamon Horchata Ale, so he is starting to appreciate the taste more, but my fiancé just has not found her favorite yet. She says that she didn't mind Dos Equis as much as others, but still didn't really like it.

Is there a beer that is good for starters that is not overwhelmingly "beery"?

This largely depends on the person's tastes, but in general one that tastes good. In my experience, most men I know are already beer drinkers, and most women I know have only been exposed to beer in the form of generics like Canadian, Bud, Coors Light.. etc (no introduction to beer at all, and likely a big reason why they don't like it).

The predominant character of these beers is that they're bitter and flavorless, so if that's what people don't like: move in the opposite direction. When I got my girlfriend into beer I introduced her to particulars like 'St. Ambroise Apricot Ale' and a 'Fruli'. She had no idea that fruity, sweet beers like this existed, and after trying enough of them she became more of a beer person.

So in general spiced or sweet beers are usually a good direction to go, but it also depends on the person's tastes. You might find they can jump to a complex and heavy beer quickly, but for most people they have to move gradually into this realm.

I would recommend starting with a draft Hefeweizen or Belgian Wheat, or a fruit flavored mead such as a blackberry or passion-fruit mead.

If you are trying to get a person who does not like beer to try beer, you are going to have to be creative and go for something a little more exotic.

Young's Double Chocolate Stout or Rogue's Chocolate Stout would be my first two choices. My partner dislikes American beer, but really likes these two brands. In addition to Chocolate Stout, Rogue also has Pumpkin-flavor, Hazelnut-flavor, and Voodoo "Lemon Chiffon" Donut-flavor beer (and many others).

When my partner's first two choices are not available, we go fruity. Pyramid Brewery makes an absolutely delicious apricot ale.

We were in a little brewery in Hannover and they had the best banana-flavored beer in the entire world. Now I know you are not going to be able to get this, but you might be able to find some banana bread beer in the USA instead. I have not tried this brand, but if it is anything like the beer in Hannover, your friends will probably like it. 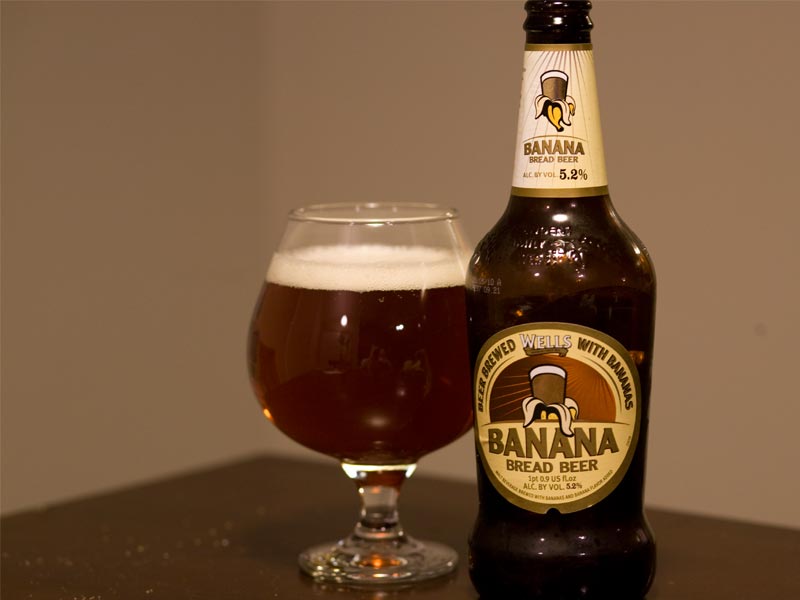 There is a variant of stout available in the UK known as Sweet Stout. There is a version made by Sam Smith of Tadcaster in England who export to the US as Samuel Smiths Organic Chocolate Stout. The beer actually has organic cocao mixed in the brew. It may well suit the tastes of someone moving into beer.

I would choose a wheat beer for start, mainly because thats what got me started in the "real" beer world (with Erdinger and then Paulaner to be more precise).

Mostly because they are not too bitter or complex, I find then accessible even to non-beer people, and they are still clearly beers, while many fruit beers (kriek for example) are so centered around the fruit that the beer part can almost be ignored.

This might sound heretical to the true aficionados, but why not try a „Bananenweizen“, which is a Hefeweizen (.5l), to which you add about .1l of banana juice. It’s refreshing, not too sweet, and might be a good starting point.

Albeit being a purist, and preferring more bitter flavours (eg. Jever), I still enjoy this drink from time to time.

This is a highly subjective question. It depends on the types of food they eat and what their preferences are taste wise. Ask them which notes within beer they find unappealing and what makes them cringe.

My wife hated beer because of the carbonation and forever nobody asked why they just suggested beers that she subsequently hated. Eventually I asked her why she explained so I went out and got an Allagash four and she loved it.

It is entirely subjective though and you will need to find the flavors she likes then tailor your approach around that.

It's true that sweet and fruity beers seem to be more appealing to people who do not like beer as a general rule - easing them in with ciders and lambics is potentially a good way to start.

Considering that our taste buds mature and change over time, many people may have a bad experience with beer prior to the age of 22 when most people begin to enjoy more savory flavors. Also, the first beer(s) that Americans, in particular, are likely to taste are truly disgusting - coors, budweiser, bud light, miller, etc. These beers are nicknamed "piss water" et al, for a reason - and, the idea that beer is gross might carry over into adulthood based on these experiences.

With that said, I would add here that there are also ways to approach turning a person into a "real beer" lover...

A faro, a lambic with added sugar, is sweet but not fruity. I find them enjoyable once in a while.

My wife will try a beer mixed as a shandy e.g Badger brewery's Tanglefoot 1:1 with lemonade. This can take the hoppy edge off "beery" beers. Mort Subite or Kriek fruit beers are also a hit

When I look at all the answers previously given, the common denominator seems to be: start with the least “beery” tasting beer. “Bitterness” and “hoppines” are two of the most easily identifiable beer characteristics. Keeping that in mind, trying one of the multitude of flavoured beers that are now common is likely the safest route to take.

For most North Americans any cerveza (which will likely come from Mexico) is a sneaky place to start as they seem to be flavoured without being labelled as such. (I make beer and can get a reasonable cerveza-like flavour by adding cloves and allspice at the primary fermentation of a light lager or wheat beer). Corona Extra and Dos Equis are two popular and seemingly inoffensive brands.

Another popular favourite of mine that I can get non-beer drinkers to appreciate is Innes & Gunn original. It is a Scotch beer with hints of toasted oak, caramel, vanilla and whisky flavours.

Even though taste is very personal i would definitly start light. I always think Saison's and Weizen's are great for starters. It is refreshing and has around 5% alcohol.

Depending on the person's taste i would then move to the heavier beers, either fruity(IPA's, Kriek)/sour or triple's. I would consider Stout's and Porters as "endgame".

If you want a lite domestic beer that really is a very light beer flavor to start. Coors Light. Very weak beer flavor.

6
Trying to Find a Good Beer for A Friend
3
How can I figure out what a beer tastes like based on the name (i.e. before ordering/trying it)?