How can a beer be flavored?

I've heard of beers such as our local brand in the Philippines and this one, and though I haven't sampled them yet, I am quite curious: how do you add flavor to beer? I've drank a few style of beers but I haven't dealt with any "flavored". As I'm not familiar with the brewing process yet, I want to know how as I don't think it's as simple as adding a syrup on the beer after brewing.

Ok, so the basic brewing process is this (not homebrewing detail here, just a distant overview):

Heat your wort with water, steep, then add hops and boil, add more hops as you begin to cool, once cool enough add yeast, ferment, bottle.

Flavored beers can be made a bunch of different ways. You can add herbs, spices, or flavorings before or after the boil, for example. Seeds and roots would usually be added before the boil; herbs would usually be added after. I would probably add fruit after but this is something that folks could argue about forever. If you buy something like smoke-flavored beer, chili flavored beer, etc. these are probably made this way.

There's a second type of flavored beer I have seen for sale in certain bars and restaurants in Asia though. That's where you take a fairly light beer on tap and add it to a glass along with a shot of flavoring syrup (like lychee or peach). These usually have sweeter flavor with clearer fruit flavors than the fermented fruit beers. If the beer is pasteurized, the flavoring could be added before bottling and carbonation. I think that is what you are seeing.

The Rogue Voodoo Doughnut Maple Bacon Ale is an interesting example because the ingredients list shows two different ways flavors can be imparted to beer. The smoky bacon flavor comes both from the actual inclusion of bacon and from the smoked malt: Briess Cherrywood Smoked Malt, Weyermann Beechwood Smoked Malt, House-smoked Hickory Malt. As discussed in Does chocolate stout contain real chocolate?, certain flavors can be achieved through the malting process rather than through additional ingredients. Similarly maple is fermentable and could be added directly to boost alcohol content and impart a more subtle maple flavor.

That said, this beer does contain actual bacon and "maple flavor". To get a look at and when and how the flavors are added, we can look at this clone recipe.

Here, fenugreek is added during the boil phase, while creating the wort. The boiling helps extract the flavor from the herb. Maple extract gets added later during fermentation. Maple extract or syrup could be used, but syrup is more expensive and fermentable so a stronger maple flavor is being achieved with extract. The official ingredient list calls for "Pure Maple Flavoring" so I assume the same is being done there. Lastly the bacon is being added at the end. This is to add direct flavoring to the beer without interfering in the fermentation process.

Some types of hops have interesting flavors. For example, simcoe hops has a pine-y, fruity taste.

Some interesting beer ideas would be pine, rosemary, or cardamom (I've had one - it was amazing).

Also, some white beers (like Hoegaarden) have coriander and citrus peel.

There is whole style of beer, which is made with honey. It is made by adding honey to the wort during or before fermentation. Thanks to addition of honey in early stages you get balanced, homogeneous taste. Nothing to add that honey will ferment along with malt.

Technically you can add anything to beer when it is ready (including honey), but then you get this aggressive flavor on top.

I would like to add that although I have not confirmed it I read somewhere the purity laws had less to do with "making great beer" and more to do with them being poor. They didn't want certain grains or things being used for beer as it drove up the price of bread and other foods. In the following article it is states they didn't want to waste valuable grains for beer: April 23, 1516: Bavaria Cracks Down on Beer Brewers.

I just add it at the secondary fermentation stage when I homebrew beer. I made a belgian style wheat beer and simply added some vanilla extract.

edit : I just added some cloves to a dark beer brew when decanting it out of my fermentation vessel. Worked very well. Additions don't need to be a liquid.

Just a fun fact: Some consider if you add something other than hops, malt, water and yeast to beer, it is no longer technically a beer according to German purity law. What you have is a malt beverage. (You can see this in the small print on malt beverages such as SweetWater Blue for example) 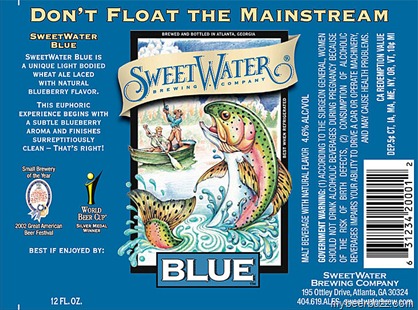 Edit: (This is controversial and certainly not enforced)

There are tons of flavors you can impart based on the types of hops and malts you use and when you add them in the brewing process.

It is common practice to add hops in all 3 stages for those reasons.

There's also a lot of flavor that you can add to the beer by aging it in barrels. It is common to use barrels from whiskey or bourbon for this purpose among craft brewers. This can add a huge punch of flavor in some beers. (This may be happening on in the Rogue beer you linked to)

Not the answer you're looking for? Browse other questions tagged brewing flavor or ask your own question.

22
How is reduced alcoholic beer made?
17
How is gluten-free beer made?
11
How is Light Beer produced?
20
Are some beers brewed with meat?
14
What gives a "smoky" beer a smoked flavor?
4
Beer Kit - How long is it good for
5
How can I add post-flavoring to beer?
6
Tobacco-flavored beer